Today the Juana de Vega Foundation, in collaboration with the Isla Couto Foundation and the University of Vigo, presented the GWO report “Economic impact of wind energy on the Galician rural environment: context, changes and opportunities”. The GWO is an initiative supported by the aforementioned Foundations through an agreement with the University of Vigo developed by Xavier Simón, María Montero and Damián Copena – all Research professors in Ecological Economics Group and Rede (Research Group in energy, innovation and environment).
The report estimates the impact of wind energy on Galician rural areas throughout the last decades of its strong development. It aims to establish the level of energy justice achieved in our society with the implementation of this new renewable source of energy. This energy transition took place thanks to the combination of two factors: the existence of wind energy in many areas of Galicia and the use of a regulatory framework that favored the implementation of wind energy facilities. The system designed by the Government aimed to establish as many wind farms as possible. However, from the point of view of the Galician Wind Observatory, it failed to take into account other aspects such as those concerning the economic impact on the rural world. 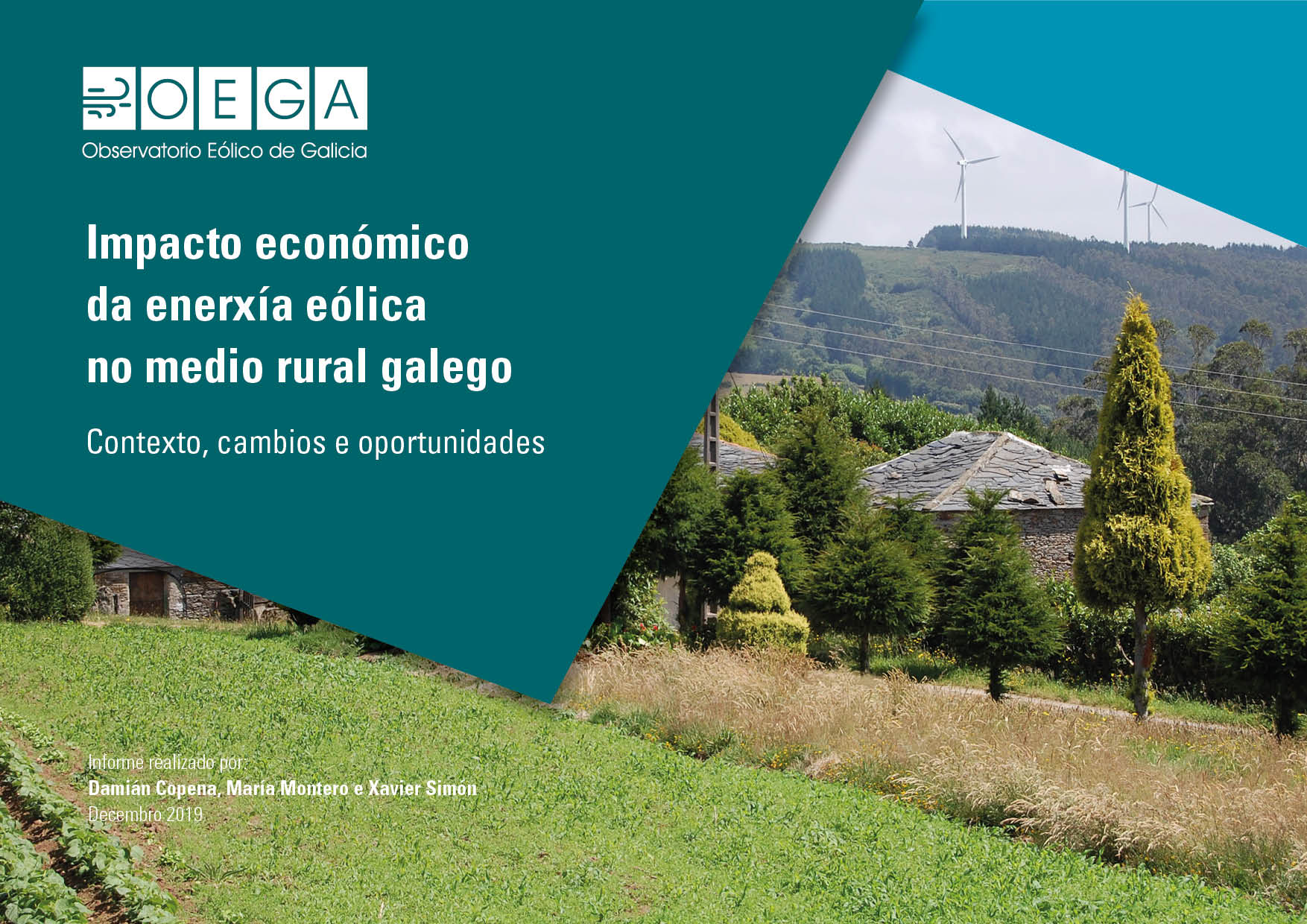 On the one hand, the regulatory framework granted no decision-making capacity to rural inhabitants or landowners in terms of wind farm implementation. Likewise, rural agents were given no capacity to self-manage the wind resource in cooperative or community wind farms, while other countries both promoted and encouraged citizen participation.
On the other hand, the regulatory framework granted key rights to developers to assure the success of wind farm installations. A good example of this is the right to request the declaration of public utility in the administrative process with the consequent possibility of land expropriation for wind farms. The possibility of expropriation affects negotiations between developers and land owners and may condition the income received by rural landowners for the occupation of their lands. It is also worth noting that the regulatory framework gave preferential rights over the most productive areas and wind farm approvals with no expiration date to a limited number of developers.
There have been, however, a few exceptions. Some municipalities have had the chance to develop small wind farms, e.g. the so-called singular wind farms. Moreover, some municipalities have also benefited from new revenues associated to the impact of wind farms on the landscape according to Wind Energy Law (Law 8/2009). Municipalities also collect a number of wind farm taxes that improve their treasury and directly benefit rural communities.
The regulatory framework has determined all aspects of wind development and, therefore, the nature, type and extent of rural community participation – including their participation in profits. In the Galician case, wind legislation has undergone several modifications since Decree 205/1995, the first decree of an Autonomous Community concerning wind energy. At the end of 2017, regulatory modifications were made in an attempt to boost new wind energy after the wind farm standstill initiated in 2008.
Within this context of recent changes in the Galician wind environment, the report estimated the direct economic impact of wind farm implementation on rural agents totaled 27.86 million euro in 2017. This represents about 5% of the total estimated wind energy sales turnover for that year. As indicated in the text, the Galicia Wind Observatory believes rentals could be increased without compromising the energy transition process and indicates two types of measures: those that would require no prior legislative changes and those that would.
The report may be freely downloaded by clicking here.