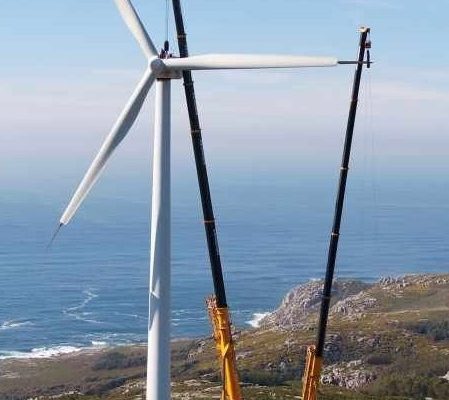 In 2017 Desarrollos Eólicos Corme, S.A.U. requested the administrative authorization and approval of the project to execute of the repowering of the Corme G-3 wind farm, according to the already repealed Decree 138/2010.
The 5 April 2018 edition of the Official Gazette of Galicia makes public the request for prior administrative authorization, particularly the declaration of public utility, as well as the implicit need for urgent occupation; the administrative authorization for construction; the sectoral supramunicipal impact project; and the environmental impact study of the wind farm.
Wind Development Area: RESEARCH AREA G3 / G16
Geographical location: Ponteceso Municipality (A Coruña).
Promoter: EDP Renovables España, S.L.U
Total power of the wind farm: 18.30 MW.
Number of wind turbines and characteristics: 7 wind turbines with a unit power of 2,625 kW limited to 2,550 kW.
Owners of the affected lands: On the List of affected owners, goods and rights appearing in the public information of the year 2018, the affected lands are almost completely private with the exception of some plots owned by the municipality of Ponteceso.
Estimated net annual average production: 77,300 MWh/year. According to OGG (/DOG) information, the equivalent annual hours of this wind farm is 4,212 hours, making it one of the most productive wind farms in Galicia. According to the average annual household consumption (REE), this wind farm could supply electricity to over 23,600 homes.
Material execution budget: This totals 17,931,869.87 euro. The investment per MW is nearly 980,000 euro/MW.
Link to the wind farm authorization: